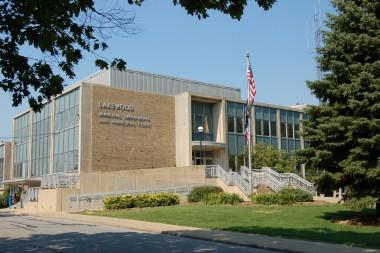 In 1917 there was a ‘Political Study Club’ functioning in Lakewood with 123 members. This group succeeded in its drive for municipal suffrage giving women the right to vote on local issues. This considerable achievement encouraged the members to actively participate in the 19th Amendment campaign. Church bells rang on August 20, to celebrate that victory.

In August 1922, the club was granted a charter and Mrs. J. W. Woods was elected the first president of the Lakewood League of Women voters. Mrs. Woods was a continuous member until her death in 1973. Early interest in the right to vote accounted for an activist membership. Inspiration also came from Florence C. Allen who became judge in the Ohio Supreme Court in 1922, the first woman of any state to be elected to the highest state court. 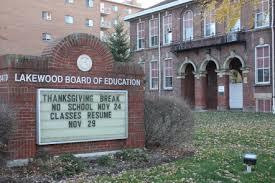 Economic problems of the ‘30s and war in the ‘40s slowed local strength through the many pertinent issues and problems of those years. Since 1946 there has been a steady active membership with some moving on to political careers, to appointed governmental boards and commissions or to jobs. “It has been experienced and stated by many that active league membership is a local, free graduate school in government and organization. The league’s non-partisanship has helped many to get ‘into politics’ under the administrations of either party.