Welcome to the League of Women Voters of Sacramento County!

We educate your group about voting

Voter registration by the Sacramento League of Women Voters

Your church, high school, event and more....contact us.

Women march for the League

Interested in joining the League of Women Voters of Sacramento County?

Hot off of the presses:  June 2020 League of Women Voters National Convention just finishing up......Congratulations to the Sacramento League and, member, Paula Lee for establishing a voter rights position at the NATIONAL level!   The LWVSC adopted this concurrence position in May 2019, and now the national organization approved, with 93% of 1153 delegates voting, in favor of Voter Representation/Electoral Process:

The League of Women Voters of the United States and of California have issued statements in alliance with the Black community and civil rights movement as our moral imperative and fundamentally tied to our mission of empowering voters and defending democracy.

As Black mothers, grandmothers, sisters, aunts and cousins, members of BWOPA have felt an especially deep pain in our hearts hearing George Floyd as a grown man, calling for his deceased mother as he took his last breaths while being murdered by police officers. Enough is Enough. As others may have been traumatized seeing a video of a real human being’s life being unlawfully taken, we are hurting. George Floyd could have been our son, brother, grandson, nephew or cousin. Any one of our members could have been Breonna Taylor who would have turned 27 years old this past Friday. She was unlawfully gunned down in her home by police on March 13. All of us have a moral obligation to do everything possible to prevent such violence from reoccurring.

6/2/2020. LWVUS joined a letter with over 400 civil rights organizations calling on Congress to implement needed policing reforms.  The letter urges congressional leadership to swiftly rectify the legacy of white supremacy and anti-black racism that has led to police violence against Black people across our country.

The League of Women Voters of the United States issued a statement in reference to the death of George Floyd.

. . . As an organization whose mission is to empower voters and defend democracy, we stand in solidarity with all Black communities. The League shall do so not only by speaking out against racism in all forms, but by doing the work required of us to be anti-racist. We are committed to listening to and amplifying Black voices, and educating ourselves and our children on the historic and ongoing systemic racism that plagues this country . . . .

See the Sacramento County League efforts to engage with local police officers regarding use of force, public safety accountability, and community education.

The 2020 Census is happening NOW

It has never been easier to respond to the census at 2020census.gov. 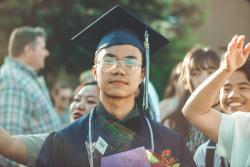 Are you a recent grad? While you hunt for your dream job, don’t forget that the #2020Census is still hiring! Competitive wages and a flexible schedule make this a great gig while you focus on getting interviews. https://2020census.gov/en/jobs.html

The People Behind the Count

What a fun book to check out!     Songs of the Suffragists: Lyrics of Feminism

We are busy, virtually!